Are You Resilient (Yet)??

Some weeks ago,  Al Roker was again smiling, but with hesitation, as he forecasted another very hot day, way above normal, in our region. In Deventer, The Netherlands, they will, after two years of pandemic waiting, organize a “run for all”, from young (parents behind the stroller) to the very old: “walk half a mile and be counted.” The “need” to get out and be seen without smiles or frowns hidden behind masks is putting fear for the predicted heatwave on the back-burner. When I was reading about the disappearances of lakes in Chad, Northern Asia, Chile, and how Hoover Dam may actually have to stop delivering electricity, I wondered how long it takes for politicians and their followers to “get it” and more importantly, can/do they dare shake their dependence on “vested interests”. Even in progressive Deventer, politicians have put a stop to plans for wind-and-solar-only by 2030, because the mayor and the city council don’t know how to handle the resistance from those who are “vested”. Who owns the land, the view over the river, the motel, or the beautiful park in the neighborhood.  Indeed, preparing for the climate dramas of tomorrow is hard work, and protests can be expected to come from all sides and angles, especially protests from those who know of the problem but cannot, or more aptly, will not devalue their “stake” in order to seek a commons solution.

Common solutions will be needed. Individual action is good, but a sheer joke when understood on a global scale. It’s clear that climate change is upon us, something the politicians and “stakeholders” on Wall Street and Main Street have ignored and subverted for generations, stifling the calls from the world of science and from the global agencies that use that science. We now have to deal with resiliency, as in “too late to prevent, let’s see how to prepare” ourselves and our built environment for the extremes in weather that will occur. The UN especially is calling for urgent actions along such topics as deterioration of coastal lines and coastal cities, harbor protections, and the migration of millions away — scientists estimate 2 billion environmental refugees by the year 2100 —  from the new and old deserts that are reaching boiling points.   The FAO is urging dramatic changes in the food systems and food distribution systems: we need to rebuild the fertile soil capacity of our planet Earth; the WHO is building out a rapid tracking system to signal the next pandemics, track diseases like skin cancers and heat strokes, and train the professionals how to work in extreme conditions.

Most of us are either unaware of the situation, feel only apathy, or are so shallowly focused on their right to consume — by the way, gas in The Netherlands is at $11.00 per gallon now — that they cannot think in terms of energy demand changes other than to expect the light will turn on when they throw the switch or the water will run when they turn on the tap.  However lovely these systems are for those lucky enough to have access to them, we need to enact changes around waste handling and more importantly, restructure ourselves so that we live in a circular economy.

When people discuss resiliency, it is focused mostly on infrastructure and the built environment. It’s not mental (yet), nor focused on the physical and the processes, such as breaking away from the recent trends of very short storage and handling times in almost all production, especially food. Sustainable development is now infused with the urgency of resiliency and shouting out the audacity of maintaining inequities (see the vaccine distribution in the COVID-19 pandemic, but also the recent upheaval around baby formula). Monopolies are dangerous things in building resiliency and being resilient and not, by definition, defined to either cope or offer solutions.

Philadelphia as a city clearly listens to the debates about SDGs and climate change in the UN. Not always, as the golf course plans in Cobb Creek illustrate (wonderful space to create a high intensity, fully organic, hydroponically infused food production facility, most often still called “farm”), but overall, Philadelphia is looking at its own developments with an eye to sustainability and to resiliency. The plans regarding the rivers, the airport, hopefully soon our housing stock (not only lead-free but also hurricane-proof and highly energy-efficient) are all debated, as one does in a democracy, with as many stakeholders as possible. As a stakeholder, I would like to join that debate to keep hammering on what global citizens in Philadelphia can do as individuals in their own homes and their own communities, really drilling down on the idea that none of us can be resilient, until all of us are resilient. 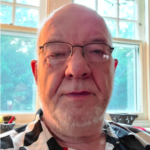 Dr. Morssink is the President of the Global Water Alliance and his interests are as varied and flowing as water itself, such as: the effects of the built environment on health, the elimination of health disparities, urban farming to end hunger, and the campaign to ban and clear landmines and cluster bombs in communities around the world. Water is his first love.