ARE YOU SECURE, WATER SECURE? 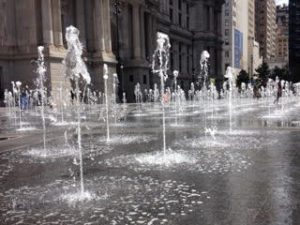 Water is ubiquitous, yet scarce.

You can only live four days without water.

Water security is defined as the capacity of a population to safeguard sustainable access to adequate quantities of acceptable quality water for sustaining livelihoods, human well-being, and socio-economic development, for ensuring protection against water-borne pollution and water-related disasters, and for preserving ecosystems in a climate of peace and political stability. (UN-Water, 2013)

Among the goals of the Global Water Alliance (GWA) is working towards water security for all and ensuring that everyone has access to the same standard of clean, safe drinking water, the whole of humanity that is. We believe that our collective health depends in large part on how we have access to safe drinking water and how we use water for our hygiene. We claim that the major drop in infant mortality worldwide over the last hundred and fifty years or so is directly linked to how we create water security and hygiene at the community level.

Here in the U.S., we enjoy — and use with abandon — an unprecedented amount of clean, potable water. Yet we modern water users forget that a mere hundred years ago many people were availing themselves of outhouses, some of which are still being used today in remote areas of the U.S., and that indoor plumbing meant you were well off. Sadly this situation continues today in many nations where large numbers of people do not have water security and a flushing toilet is considered a luxury, perhaps even an obscene luxury, as good quality water is being used to flush waste. According to the World Health Organization (WHO), one-third of the world’s population, about 2.5 billion people don’t have access to toilets — 2.5 billion!

The original flush toilet was designed by Sir John Harrington, the godson of Queen Elizabeth I in 1596. Thomas Crapper in the late 19th century improved that with the “ballcock.” That is the mechanism with the floating ball that releases the water in the holding tank when the toilet is flushed and allows it to fill afterwards. Crapper’s luck was being alive during the Industrial Revolution and taking advantage of new manufacturing techniques of mass production. Now, in the context of the global water crisis, creative minds are re-visiting his basic design.
Water is the basis of all life. You, human, are about 70% water. You were surrounded by water in the womb and the last thing you’ll do before you leave this planet is surrender your water.

Once, in Egypt, I drank nothing but bottled water for the five days I spent in Cairo. We were in a decent hotel so I used the tap water to brush my teeth. Big mistake. Back in Greece, and several months after I was done with my study abroad, I still had a low level intestinal bug that kept hanging on no matter what medicines I used. Yet millions of Egyptians don’t just brush their teeth with that water, but drink it every day. How many health problems can be traced back to such contaminated water? What one person, or village, or community believes is potable water simply because they are used to it may not pass drinking water standards in developed countries. Also, being used to something doesn’t make it safe or acceptable. Another WHO fact? About 2.2 million people die each year from diarrhea caused by water-borne illnesses, most of them children, most in developing countries. Given the strength of the bacteria I encountered, it’s a wonder more kids don’t succumb to such illnesses.

Water security also means not having to defecate in a field down the road from your house in the middle of the night. Water security means your daughter doesn’t drop out of school with the arrival of her menses because there’s no place to wash, or to dispose of sanitary napkins. Water security means access to sufficient amounts of safe water to grow vegetables and water your animals. Water security might even mean taking a hot shower, a luxury that developed countries take for granted every day.

More and more here in the U.S., we are reminded that water security is not a guarantee and nowhere are we immune. The fiasco of the Flint water supply, the years long California drought, the floods of Louisiana, they all are reminders that securing safe water is a global effort and a continuous one.

Among other things, the folks at the Global Water Alliance work to connect people who know about water security with people who need it. It’s their job, their mission, their passion to see water equity around the globe as they hold the vision for sufficient, affordable, safe water for all. Over the next year, I hope to showcase some of the heartfelt work the GWA performs, and introduce some of its dedicated members. It’s time, urgent time, to give water it’s due. Join us at GWA in doing your part to create a more water secure world.