Cryptocurrency — The Rise of a New Asset Class

In anticipation of GWA’s 14th Annual Conference on Saturday, October 9th, 2021, Securing the Green to Make it Clean: Funding for Sustainable Sanitation, we will be presenting a series of blogs on cryptocurrency and other funding mechanisms in the run up to the conference.  If you have often wondered about this new asset class known as cryptocurrency, then read on and be enlightened.  Also, sign up for our conference here.  You don’t need a single Bitcoin to attend.  Hope to see you there!  And now, to our main event:

Cryptocurrency — The Rise of a New Asset Class

Imagine a world where a refugee can send money to their family overseas without a bank or money transmitter taking a large percentage in fees.  Or a world where artists can earn on their works without a publishing company claiming a majority stake.  There are many different speculations about Bitcoin and the growing cryptocurrency industry, both positive and negative, however their growth and potential remain eerily similar to the late 80s and the burgeoning internet age.  Where the internet promised to connect the world, cryptocurrencies promise to transition control of information and value into the hands of individuals, rather than centralized entities.  This poses more questions than answers for a broad landscape of players from central banks to tech giants who are still determining whether the technology is friend or foe.  Confusion has already produced strong responses from regulators and nations, such as lawsuits, policy changes and flat out bans.  All the while, many people are still in the dark regarding what cryptocurrencies are, the problems they aim to address, the dilemmas they introduce, and perhaps most importantly, whether they are worth any thought at all given the other issues we face in today’s world.

As background, in 2009, Bitcoin was introduced to the world as the first cryptocurrency.  It was developed by a distributed group of coders, led by its pseudonymous creator(s) Satoshi Nakamoto.  No one has provided strong evidence of Nakamoto’s origins or identity, however the motive for Bitcoin seemed clear.  A message in the first transacting block for Bitcoin stated, “Chancellor on brink of second bailout for banks,” citing an ominous headline pulled from a January 3, 2009 issue of The London Times which had been published during the fallout of the 2007-08 financial crisis.  One view is that Bitcoin was intended as an alternative to traditional financial markets that have long been viewed as manipulative and prone to government bailouts.  While that may have been the rationale for an innovative medium of exchange, what exactly makes Bitcoin a novel technology?

The Bitcoin network’s key innovation lies in its ability for each unit of bitcoin to be cryptographically unique and hyper-resistant to double spend.  Double spend simply meaning that if you send a bitcoin to someone, they now have it, and you no longer do.  Combining that feature with an overall policy that limits the total number of bitcoins to 21 million, the network has digital scarcity that was not technologically possible prior to its inception.  It is important to recognize that until Bitcoin’s creation, a central authority, such as a bank, would need to be present within a financial transaction to maintain records of digital accounting, asset ownership, and security.  It is also critical to realize that the network places the responsibility of asset safety with the individual, rather than third parties acting on behalf of a customer, ultimately resulting in the decentralization of monetary control. 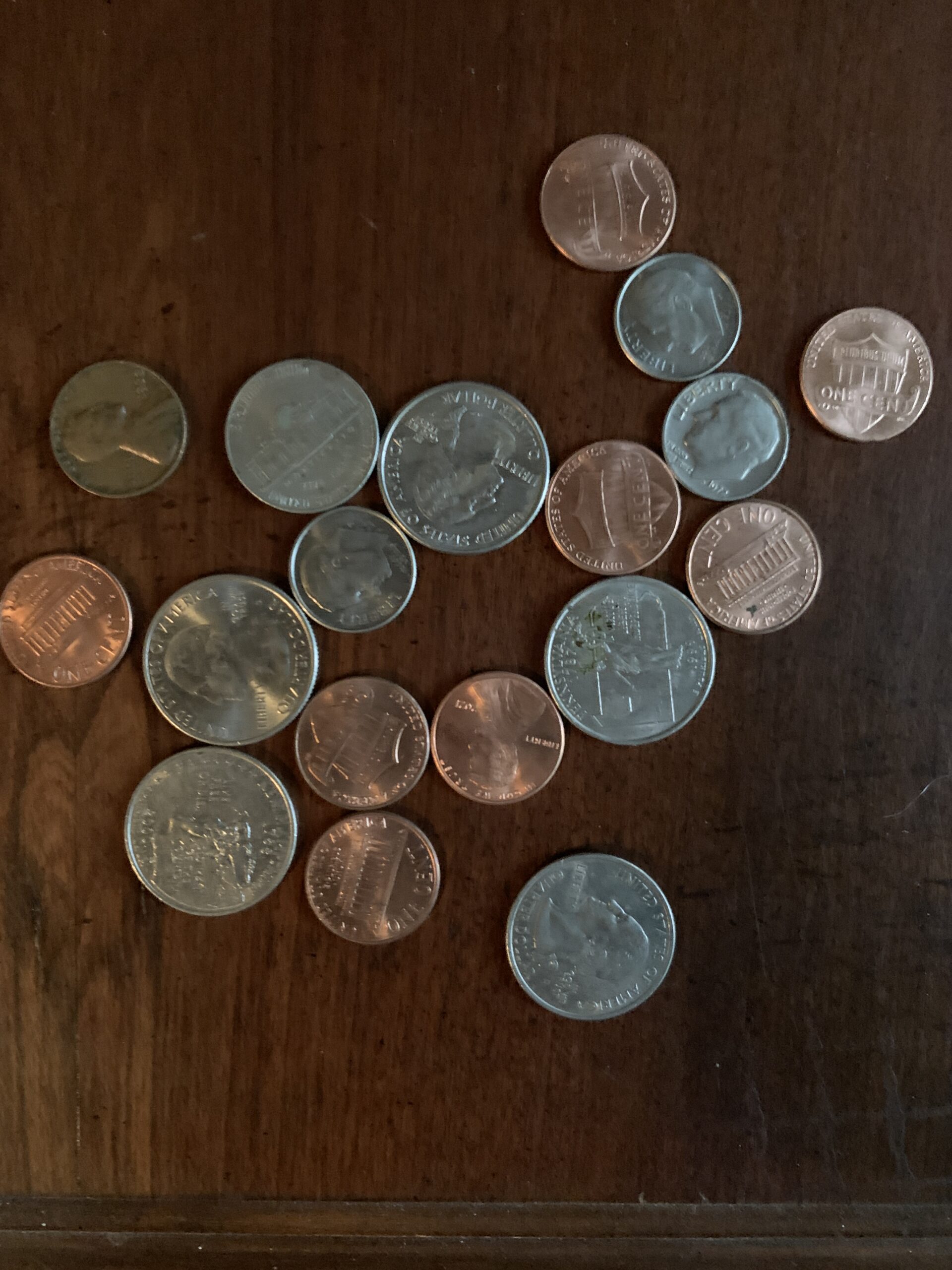 The concept of Bitcoin can inspire deep thought in the areas of economics, finance, philosophy, technology and a host of other core principles that begs the question:  what is money?  Regardless, its eye-catching growth from its lowly beginnings with no dollar value assigned to now where it is trading at over $40,000 per Bitcoin is what has drawn more attention than the asset itself.  Bitcoin’s annualized growth (in USD) for over a decade has averaged more than 200%, far surpassing any asset in any other asset class. Bitcoin has often been described as digital gold, with gold being one of the oldest forms of money and a supply limited by our ability to find it naturally.  If this is truly a fair comparison, all the mined gold in the world (or its full market capitalization) is valued at over $10 trillion, and its digital version may eventually be valued similarly.  This would conservatively value each bitcoin at about $500,000.  This thesis has driven billionaires, companies, and governments alike to take note and diversify into bitcoin as a portfolio diversifying, risk-on asset.  Some of the most innovative, cutting-edge entrepreneurs and investors have begun to build serious infrastructure in the cryptocurrency industry. In fact, the early founders of Facebook, twins Cameron and Tyler Winklevoss, grew their millions, received from their settlement with Facebook, into billions through early Bitcoin investments.  They now own a host of businesses in the industry that include platforms for various cryptocurrencies and non-fungible tokens (NFTs).

The cryptocurrency space has now grown beyond the original purposes of Bitcoin and spurred different areas of expertise and opportunities for those willing to explore them.  Bitcoin is largest of the ecosystem in terms of dollar value; however, intellectual capital is vastly disbursed throughout the thousands of cryptocurrency projects that are under development.  Blending the worlds of gold and the internet, there are miners, developers, investors, creators, engineers and new types of professions contributing to the budding industry.  The options for corporations to participate are almost unlimited and will depend on their business models.  Involvement in the cryptocurrency space may someday become as trivial as having a website or offering e-commerce.  With this in mind, there may not be a winning long-term strategy for entities to not have plans in the digital asset space.

As the world tries to figure out how cryptocurrencies can be of benefit, we should touch on some criticisms.  The top ones include:

Some of these concerns are valid to an extent, however none without solutions that can address the core issues without stifling innovation and industry.  When the internet was still in its infancy phase, there were strong concerns about liability for the information posted on websites by non-affiliated users.  Section 230 of the Communications Decency Act allowed publishers to provide the forum for information exchange without liability of prosecution or penalty for the content of other providers.  This regulation made it possible for the internet to thrive globally, with the US setting the tone for innovation, free press, and creative development.  Today, there is still debate over tech platforms’ accountability for censoring user accounts.  Nevertheless, can you imagine the entire internet age being halted before it began because of indecision? We may very well be at a junction for cryptocurrency where a move to block powerful technology could hinder decades worth of growth worldwide.

Companies globally are already reviewing their businesses and how this new industry may affect them in the future.  Some entities have purchased Bitcoin and other cryptos as part of their treasury balance sheet, some have purchased companies, and others have become involved in crypto infrastructure.  In many instances, these actions are to begin diversifying into the new asset class.  Since the industry is new, there is a relatively high reward proposition as it grows to compete with traditional industries. Below are non-exhaustive ways crypto could have a place within WASH’s strategy:

The cryptocurrency landscape is a rabbit hole, that many times starts with Bitcoin and lands at digital sovereignty.  Property rights and claims to the digital world are now an egalitarian possibility, with ownership in this man-made universe trading in open markets.  Corporations and governments are just beginning to scratch the surface of what this could mean for the future of technology.  While the opportunities are vast, they are not without risks and uncertainties that only time can answer. My personal hope is that much like the internet, we allow this technology to grow into something that may be able to protect our many freedoms that have begun to fade. 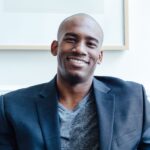 Jon Roberts has more than 15 years of experience in the financial industry, specializing in risk management, compliance, and technology.  He holds a B.S. in Marketing from St. Peter’s University and an MBA from Rutgers Business School. Jon has held a number of financial industry certifications such as FINRA Series 7, 99 licenses and is a CRISC (Certified in Risk and Information System Control) holder.  As a hobby, he has taken an interest in decentralized finance and cryptocurrencies.  Note: Jon Roberts is not a financial advisor, nothing in this entry constitutes professional and/or financial advice, nor does any information provided constitute a comprehensive or complete statement of the matters discussed.