Ed. Please enjoy this article on cryptocurrency as a follow up to GWA’s 14th annual conference, “Securing the Green to Make it Clean:  Funding for Sustainable Sanitation,” held virtually on October 9th, 2021.  A recording of the event will be posted on our website shortly. First, I’d like to clear up some misconceptions around the shared nomenclature, then, to slightly reorient a few ideas around value and trust, and lastly, to acknowledge the gaps left unexplained in this piece.

From an outsider’s perspective, this space is frequently called the ‘cryptocurrency’ or ‘blockchain’ industry. This nomenclature is mostly unhelpful and disguises what these systems actually are.

The system itself is a collection of very old, very well established technologies that have been recombined in a novel way. A blockchain is simply an accounting system, similar to one used to record the annual production of wheat in ancient Rome. Even older than accounting is cryptography, a means for encoding messages. It was prudent for Julius Caesar to encrypt his military communications to ensure the security of his empire. The same prudence for security exists today, though the math is a bit more sophisticated. And currency is as old as barter; it has evolved from sea shells, to gold bars, to paper promises, to digital bits. In general, a currency does three things well; stores value, exchanges well, and remains a stable economic metric.

These technologies are not new, and they are not radical. But the magic of a cryptocurrency system is the recombination of these ideas, and I believe we’re seeing the emergence of a transparent, permissionless, and scalable new technology. Specifically, a new layer of trust. This is something the internet has never had before and could be a new way for humans to cooperate, organize, finance, and govern. 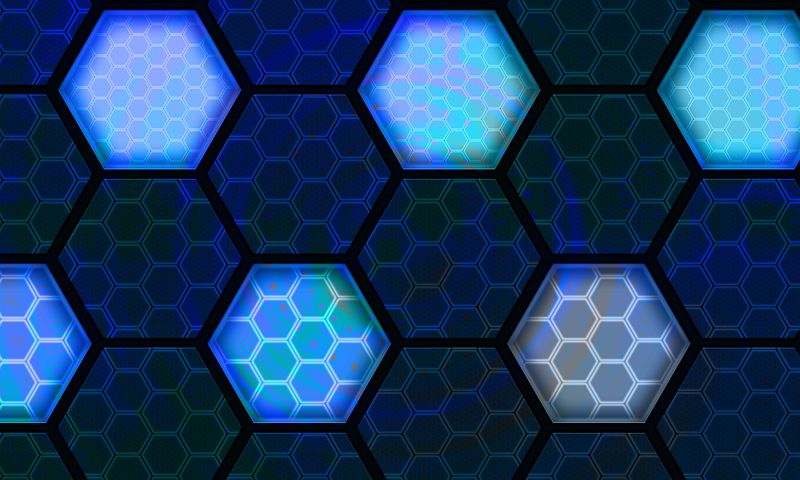 Reorienting the Idea of Value

Value is a collective agreement. And the assets that humans value are determined by our human values. Yet value is fluid and dynamic because it changes as humans do. Humans change with new discoveries, new environments, new realizations, and new technologies. So it’s important to recognize the fluidity and dynamics of value, because I’m going to suggest that cryptocurrency changes what values we can actually materialize.

For example, it’s hard to value the effects of pollution on the Earth and her inhabitants. Between our myriad of economic and governance systems, from capitalism to communism, very few entities are incentivized to solve this problem because of something called the ‘tragedy of the commons.’ To rectify this, entities must elect to participate in a carbon credit system which attempts to more accurately reflect the cost of pollution in daily market activities. Ultimately, the goal is to truthfully reflect the real cost of pollution on the market behavior of economic actors, without imposing artificial constraints. It’s a delicate balance.

This idea works in theory, but there are unforeseen frictions and loopholes that arise in a complex system. Each nation state has a slightly different economic, legislative, and technological framework, which well-funded entities (those who probably do the most polluting) can work around. Maybe it’s even more problematic; a developing nation could lack the regulatory body to legislate this framework, or might be too inept to measure the accuracy, or even refuse to enforce punishment on its only thriving industry.

Needless to say, carbon credits are a top down approach which have first and second order consequences based on each jurisdiction in which it is implemented. So there is this disconnect between our human values (a clean Earth) and the mechanism attempting to align our actions with those values (carbon credits). The stack of legislative, economic, and technological building blocks that are required to accurately hold these macroeconomic forces in equilibrium may not naturally be suited to produce its desired outcome.

But what if “carbon credits” were built directly into a monetary system from the start? What if it wasn’t separate from the system itself? And what if that monetary system pervaded all national borders, economic activities, and frames of reference just as most currencies do now? And what if humans determined the acceptance of this money, without anyone’s permission but their own… Cryptocurrency has the potential to answer these questions.

Imagine two counter-parties who want to exchange goods, neither require a shared language or religion, simply a trustworthy contract to settle in. This is what our money does for us every single day. The trust that money endows in economic activity is a powerful foundation.

With the invention of cryptocurrency, we can now access this foundational layer of trust in a programmable fashion. This means we can experiment with how money works and try new things! Additionally, the code is open, public, and transparent and anyone can use it – making it permissionless. This permissionless feature of cryptocurrency pushes creativity to the edges of society. I imagine this means we will see hundreds of experimental “carbon credit” currencies alone, but we are not limited here. How will organizations begin to think about democratizing water rights, or incentivizing individual water usage when in drought-like conditions? Thousands of currencies will exist and will interoperate with all others. Some will include voting rights. Some will be accepted by a certain kind of merchant; others will only work in a local community. Society has not experimented with solving our problems through solving our money — before now.

There’s also a real possibility of redistributing equity. Programmable money lets people decide what ideas they want to value more accurately. It no longer matters which legislative environment a person/entity exists within. We now have the tools to more closely align with how we desire to be. Cryptocurrency lets us eliminate the gap between what humans value and human values. The net result of this is the production of a new kind of cultural-expression, a vehicle that enables humans to express their values with fidelity. Programmable money makes this process more effective, efficient, and accurate.

This doesn’t mean a particular monetary system gets it right from the start, but it means that new iterations can be built from a primitive and scaled globally without needing to go through each individual bureaucracy. An individual either decides to accept it, or not. The experiment to build new types of money has jumped out of the box and is now in the hands of millions of people. Many (most) new ideas will emerge and dissolve, and that’s okay, because that’s how innovation works. But a few will remain and will powerfully transform the way that businesses, governments, and people interact.

I hope more questions exist now then at the start of this blog and I hope this encourages you to see it in a new light. Many people I speak with are skeptical of this space because it sounds like a “get rich quick” scheme. But it’s much bigger than that – cryptocurrency opens up a new layer of the internet; one of value. And no one can permit or exclude anyone else from accessing this new layer of the internet, which has serious implications for democracy.

One major omission of this blog is the technical underpinnings that give cryptocurrency the ability to hold value; digital scarcity. Bitcoin introduced digital scarcity, when its pseudonymous founder created a game theoretical mechanism for securing digital scarcity. It’s a combination of brilliant cryptography, computer science, distributed systems, economics, and psychology. I encourage everyone to read the whitepaper and hopefully fall down the “rabbit hole.”

Finally, I’d like to note that accepting financing in cryptocurrency should not be a scary nor challenging ordeal. There are plenty of services which can assist an organization through this process. Generally, the funding is received in a particular cryptocurrency and is converted immediately to fiat-based currency like U.S. Dollar (if desired). This means an organization can continue pursuing innovative financing, from potentially new sources of capital, without pause, hesitation, or legal ramification. 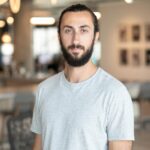 Stephen Macurdy is a Blockchain Analyst at Wolfram Blockchain Labs, a subsidiary of Wolfram Research. Previous to Wolfram, he worked as an Energy Advisor for Tesla and is an advocate for clean energy. He lives in Philadelphia where he enjoys learning about economics and playing/coaching soccer.