I Just Want to Say One Word to You! 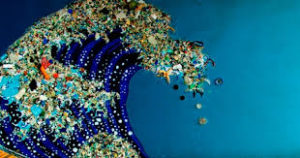 You’re on a beach. It’s hot. You’re thirsty and you pull a handy plastic bottle from your cooler, take a big swig. You know better than to try the water from the lake, and surely not the ocean ..It’s happy hour time; you’re on your way to meet your mates and hoist a Weißbier or two. Wake up time: get up and put the water on for coffee or tea, clean the breakfast dishes, take a shower brush your teeth, not all in that order. You don’t think for a second about how much water you used, how clean it was, where it came from. And if you do, like being a water nerd like me, you think mostly in terms of your water footprint.

What if I told you that with every one of those hydro-centric actions, you were also drinking or washing (with) plastic? Your tea, coffee, water, soda, or beer, contains tiny bits of plastic so small you need a microscope to see them. The water you shower or clean your clothes with is awash in plastic. That ain’t fake news, no indeed. When you read the data you may be indignant and in denial, but you will reach that moment where you will look for a way to make sure it didn’t affect you personally, perhaps buying a personal water purification system or moving to New Zealand.

However, most water purification systems probably won’t work and even if they did, it’s not going to help you control the 59,999,356 other places you use or come into contact with water. The ubiquitous and handy little item that we call plastic has infiltrated our lifestyle so succinctly that it might someday become part of the cell structure of every living creature on this planet. Recent studies have shown that plastic fibers were found in over 83% of tap water samples taken from at least a dozen countries around the world with the U.S. coming in first (“Make America Great Again!”) at a whopping 94% contamination rate. If you think that plastic is not an equal opportunity polluter then hear this — samples were taken at such “erudite” and lofty sites as Congressional buildings, the U.S. EPA headquarters, and the Trump Tower in New York City. Europe, bless their recycling hearts, only averaged plastic fiber contamination in 72% of the samples, but it’s hard to call that a win.

Plastic fiber has not been found in just tap water. A small study in Ireland also found plastics in well water samples. Natural springs in Beirut, Lebanon were at a 94% contamination rate!!! Remember all the 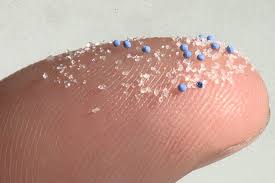 hubbub about microbeads and plastic islands floating around in and on the ocean? Well, it’s not just water and marine life that’s being affected by plastic, but also wildlife. We human beings occupy the highest rung on the bioaccumulation chain; hence it’s really only a matter of time until those nasty little fibers have invaded our bodies as well, penetrating cell walls and generally creating chaos.

Microplastics are in fish, and honey, and the ambient air, and seemingly everywhere we turn. Our clothes have plastics woven into them to make them last longer, wear better, keep us warmer, velcro us together.There’s no denying that these have been terrific advances for humans. No one wants to go mountain climbing in wet wool when there’s gore tex. BUT, at what cost are we applying these plastics throughout the whole of the global political economy?

One study suggested that 700,000 micro fibers were released with each load of laundry. Another study calculated that since the 1950’s, 8.3 billion tons of plastic have been produced with very little recycling to offset. A staggering 91% of plastic is not recycled. A most sobering statistic when we’re cranking out one million plastic bottles a minute and if you add that to all the car parts and phone parts and computer chips and circuitry and milk jugs and orange juice containers and fleece jackets and kites and car tires and all the other things we make, plastic accounts for half of all human waste.

Decades ago I was in law school and Editor-in-Chief of the Environmental Law and Technology Journal at Temple University. I wrote a paper “I Just Want to Say One Word to You … Plastics.” I used that quote as the title because that period marked the beginning of the burgeoning plastics industry, while simultaneously still maintaining the recklessness and throw away attitude with which we viewed the natural world. Nature was the expendable part in any business decision. My paper called for a federal plastics recycling law which I felt was necessary to give a uniform structure to managing the onslaught.. We need(ed) immediate and system-wide plastics recycling. Unlike with glass, unless you know where the plastic came from, you have limited ability to do something with it in the future. For example, a plastic container that once held kitty litter cannot in its reincarnated state become a milk jug. I reasoned that a federal recycling law that required coding on all plastics would go a long way toward buttressing the nascent recycling business.

The paper never got published. The editor couldn’t figure out where it might fit in the journal. It wasn’t hard core science, discussing the manufacturing of plastics recycling; it wasn’t hard core legal, citing lots of case law and arguments for and against, mainly there was hardly any case yet. At the time, recycling was in its toddler years, and the problem of plastic waste was not on people’s minds. I called for more regulation, something no one is ever keen on. I graduated and accepted a job happily protecting human health and the environment. The paper got nixed after I left Temple; while I was saddened by the reality that no one would read my brilliant treatise on why we needed a federal recycling law, I let it go. Should I have kept fighting?

Now, twenty-eight years later — we still don’t have a federal recycling law and we are literally awash in plastic. One thing is certain. Money is needed 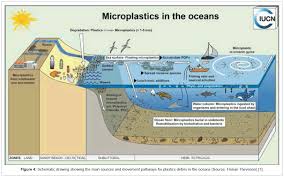 to conduct additional research as preliminary studies are just the wart on the witch’s nose. Sources and pathways to ingestion — mouth, skin, lungs — need to be studied and waste water treatment standards and technology need to be improved. Meanwhile, we all need to cut down on our use. And we must demand that all actors in the plastics market become deeply aware and motivated about how to become pro-actively involved in solution scenarios. Buy a stainless steel water bottle, store food in glass containers, drink beer from a steiner; don’t buy, nor use throwaway items made of cheap plastic like straws and other one-time use items. All these are good actions to take immediately. Produce throwaway “plastic” bags, forks, straws made from cassava, potato starch, or bamboo. Start now.

Otherwise, sometime in the very near future, we won’t be able to tell the humans from the artificially intelligent beings.

P.J. Lazos is an environmental attorney practicing in Philadelphia, and the author of “Oil and Water,” an environmental murder mystery about oil spills and green technology. Having traveled extensively, she values her carefree access to clean, potable water and envisions a world where everyone has that same daily experience