[Six weeks of walking, but never a walk in the park] 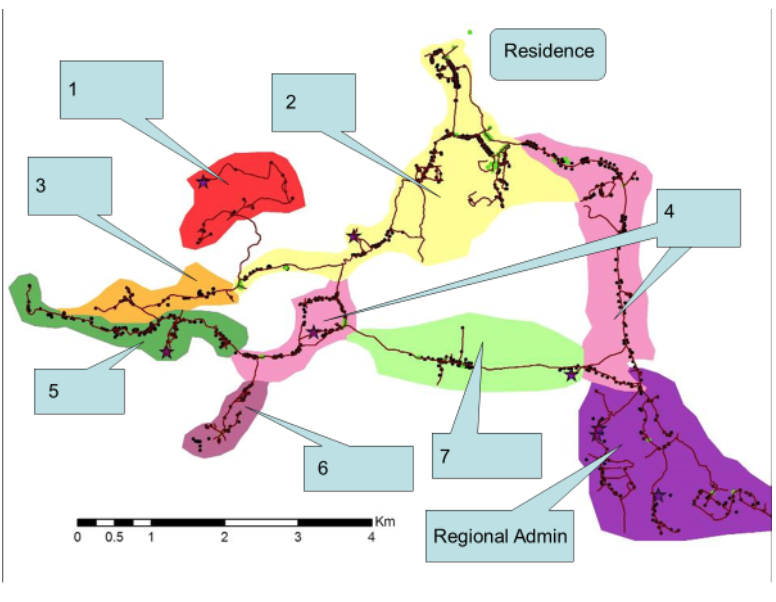 Reflections on a past GWA Empowement Story, highlighting the need for training, education, and cooperation with a little bit of networking thrown in for good measure.  Enjoy

A scoping exercise was undertaken to address these questions:  why a gravity-fed water supply system that served six villages began to fail in two of those villages, and why two other villages could not be connected. The scoping was also meant to identify a community collaborating entity to help inspect the condition of the intake station of the system, decide what to do with it and two other villages that were off the system, and get a glimpse of the severity of the problem.

Using a new program of innovative, service based, experiential learning at the University of Pennsylvania, members of Global Water Alliance- GWA (formerly Philadelphia Global Water Initiative-PGWI) organized a team of graduate and undergrad students from five disciplines, started a training in field interviewing, and data gathering, and hired counterparts of young people and teachers from the villages who spoke English. A research plan was developed with in-depth impact analyses of the conditions that led to the problem, identifying issues of technical, social, governance, and  financial feasibilities of solutions that could be discussed with the community. The idea was to create a scenario where the communities could decide between different solutions and also gather some help. We went for six weeks. We went with medical materials for seven first aid kits (to be stored at village schools), nine laptops most of which were left behind for the MQLIF computer class, walkie talkies, GPS location devices, and our cell phones. We did bring ink cartridges, and bought A4 (letter-sized) paper in Cameroon.

Elsewhere we have reported on some of the results in the area of health, education, financial problems, and socio-economic dynamics (especially re gender). Here we report about finding one core problem of intermittent and insufficient safe water supplies to two villages.

While the two intake tanks were built in the eighties, one had never been used. The pipe diameter was 3” and had worked well enough for 20 years.  Water quality sample collection was done at the intake and at the standpipes in the villages. We also interviewed 400 “heads” of households about a range of things including their practices regarding water use and handling of wastewater. For every interview we took a GPS data point. We also took GPS data points at meetings, at schools, markets, churches, two clinics, even near the prison. And we took data points at the monastery which also operated a large demonstration farm with a good size husbandry section. 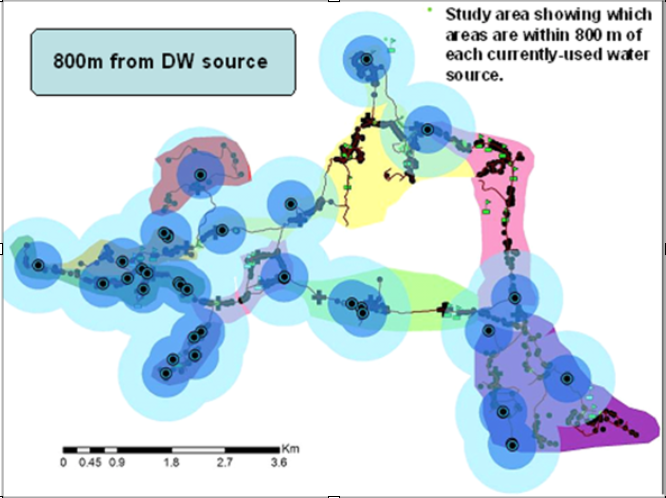 Once we started mapping, several things started to fall into place, and we diagnosed the problem. Foremost, the people in the villages now had a map to work with when planning any kind of community infrastructure, helping them gain a much better understanding of the scope and terrain of their environment. This could help them with agriculture, (waste) water management, and the like.

Regarding the core problem, it turned out that the two villages that had water issues were in the two lowest lying areas on the map, but the monastery, which was also connected to the system, was even lower. The monastery was not at the end of the line but was branched off somewhere along the pipeline. We do not know what arrangements were made for the Monastery to tap into the system, but this was a politically sensitive issue as the monastery and its farm played a major role in the local economy. It was clear that demand had increased, and that supply was limited, not because the intake was low (the second tank was never put to use), rather because the 3” pipe could not handle more flow. 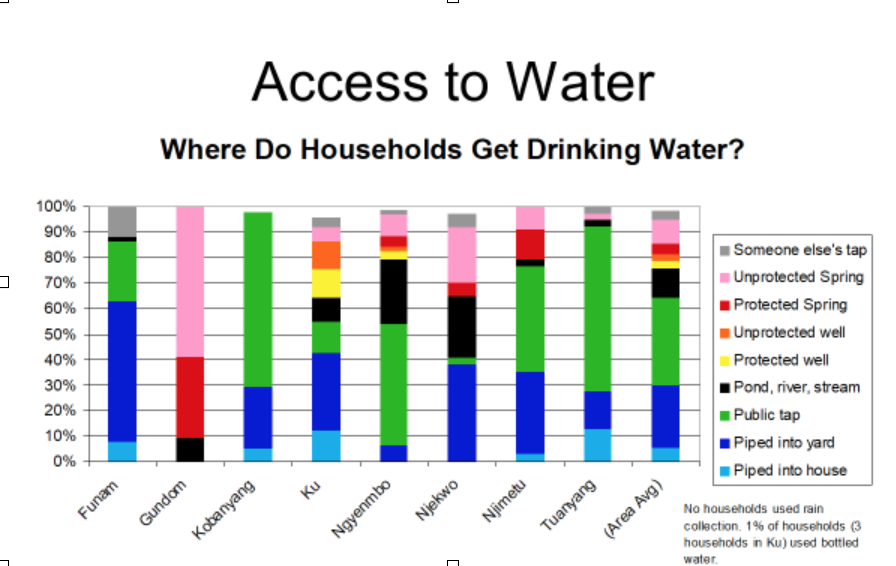 It is here where our partners of the Engineers without Borders needed to be re-consulted.  They decided that a pipeline with a larger diameter was warranted. Working with fifty members of the six communities over a period of a few years, a new system is now in place with about double the old capacity.  Indeed, when calculating the needs for drinking water in rural communities, always keep in mind that husbandry and agriculture have water needs — often greater than those of the local populace — as well. 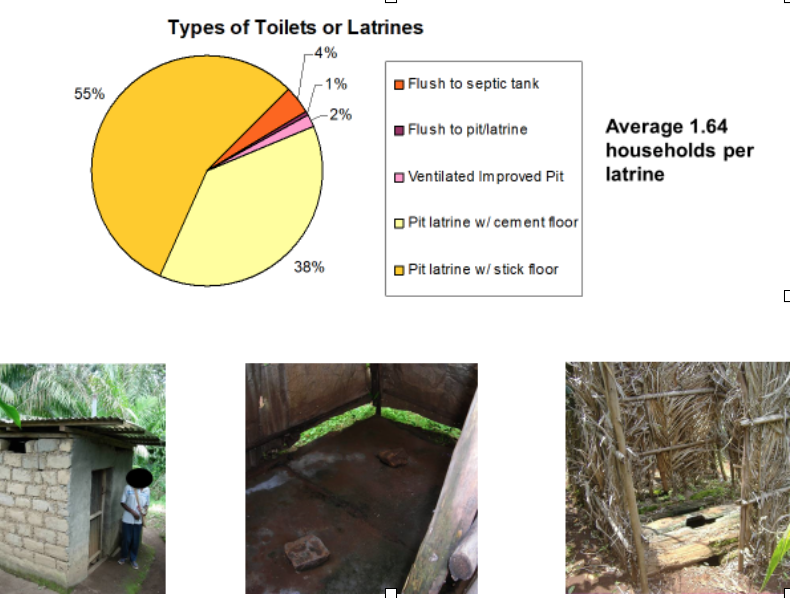 Other successes of this first project by PGWI. Of the 9 students involved in this project, two are now tenured faculty members, one is an adjunct faculty member, two have a senior scientist position in the federal government, one runs a community service organization around food, health, and environmental justice in Oakland. Our social science student is now a senior manager and country representative with Catholic Relief Services, and our economy student has developed/started an Impact Investment Firm and has become a professional artist working with watercolors. Lastly, our youngest of that team is now a published writer and blogger and works for an Ivy League University Press. That’s integrated success, and we are proud of our project and the professionals who started their careers with us. 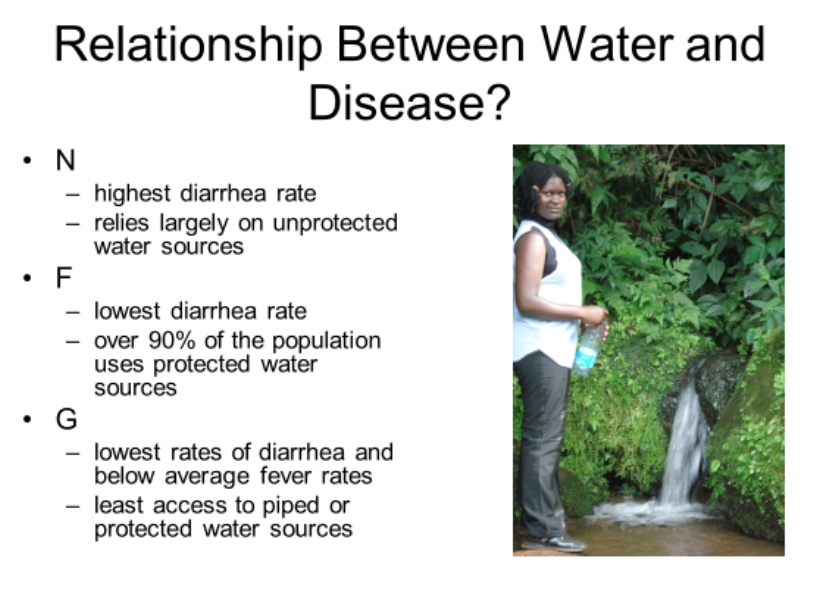 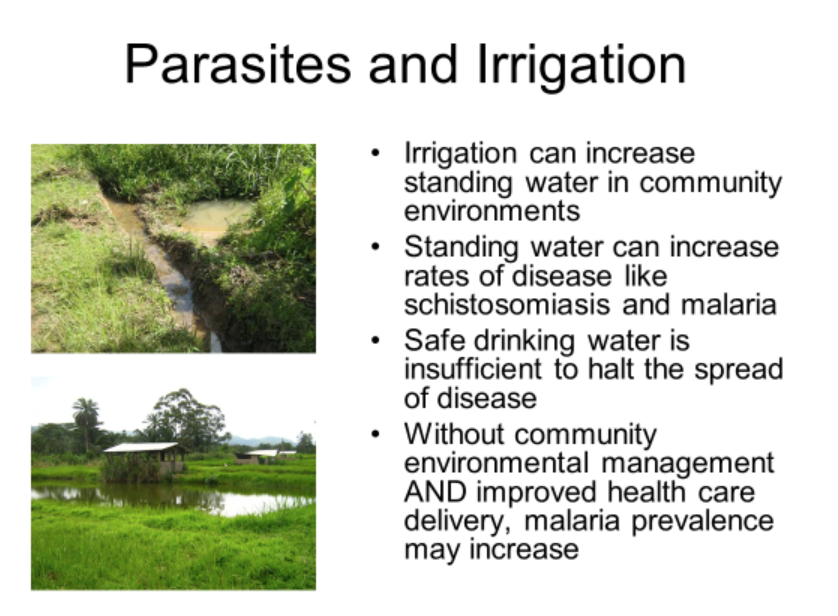