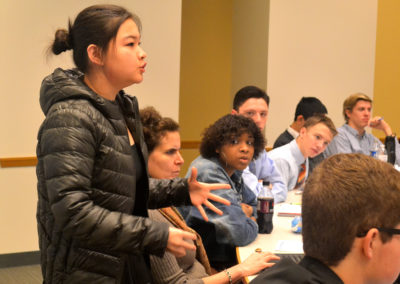 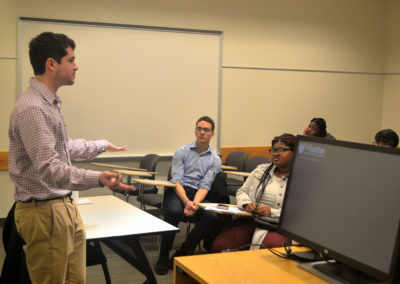 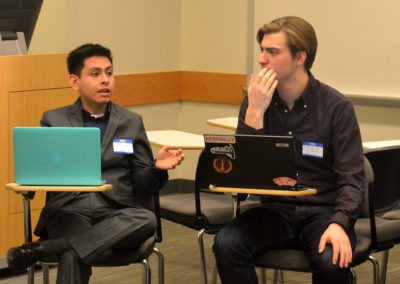 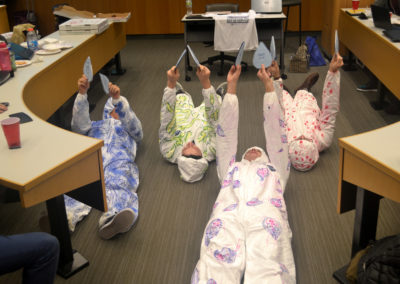 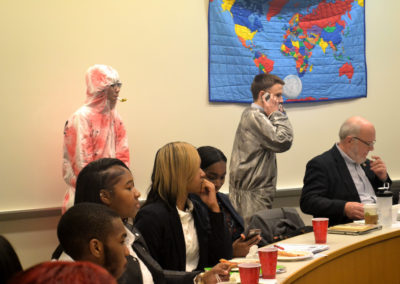 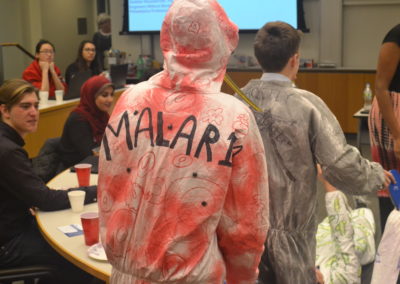 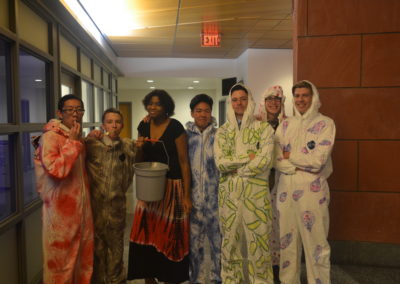 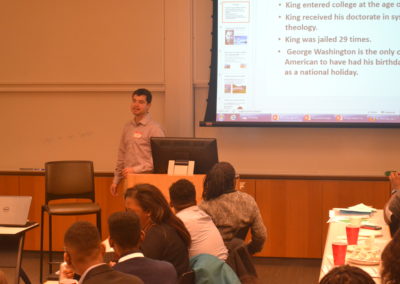 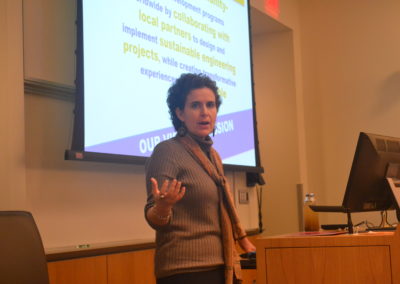 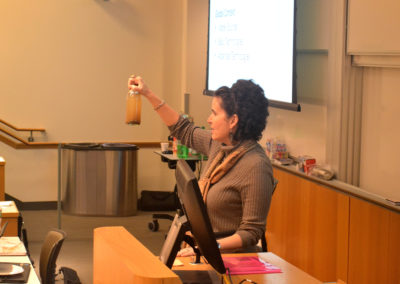 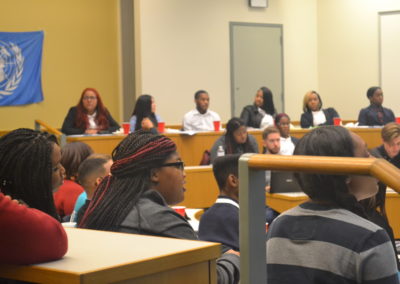 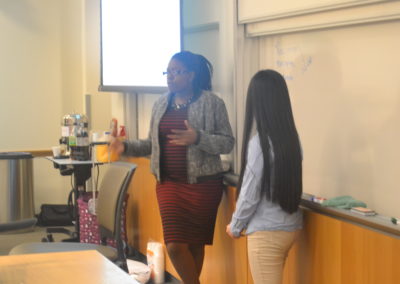 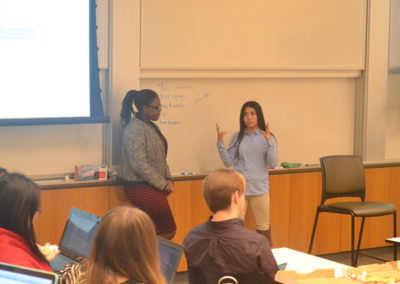 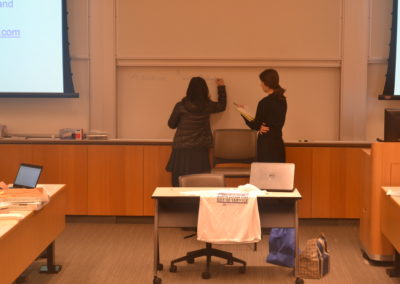 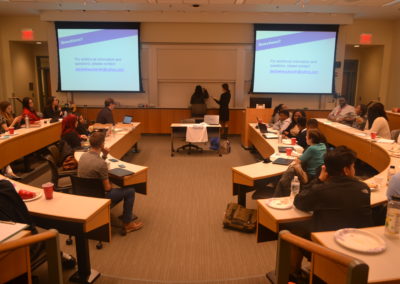 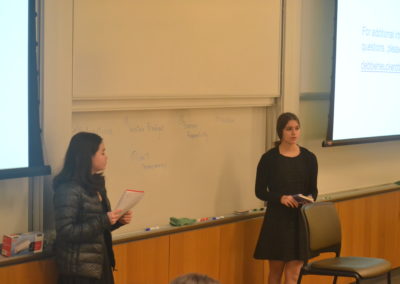 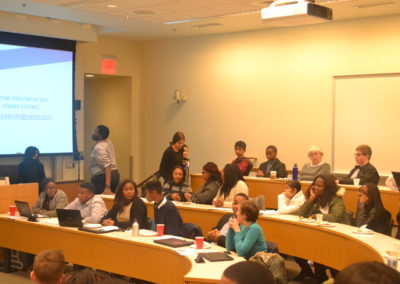 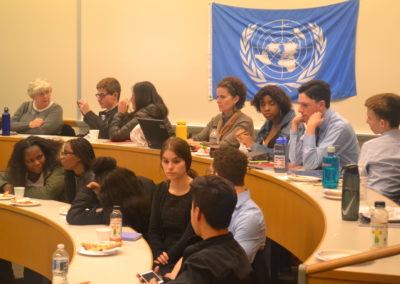 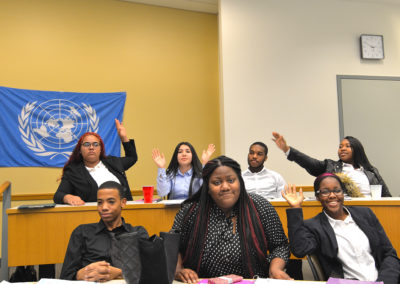 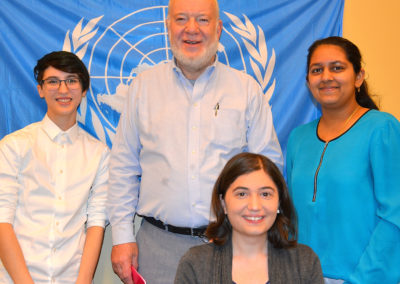 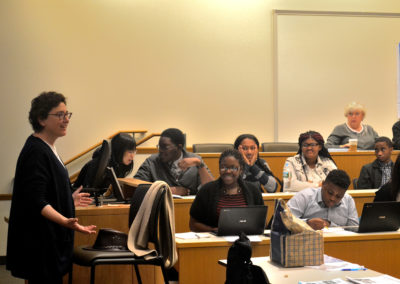 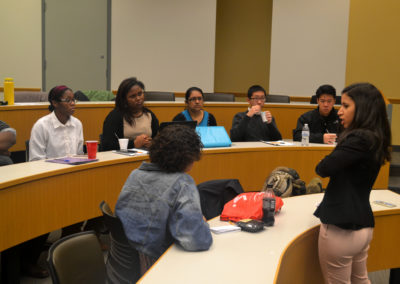 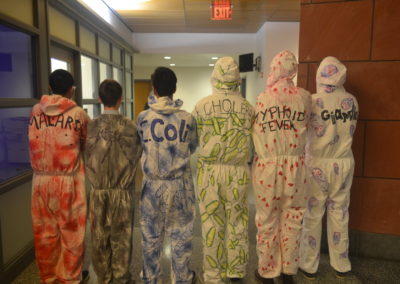 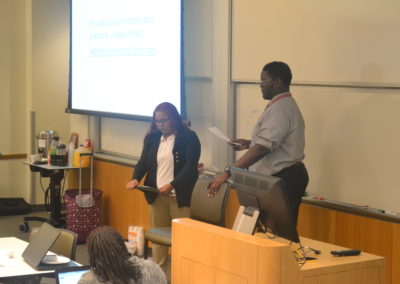 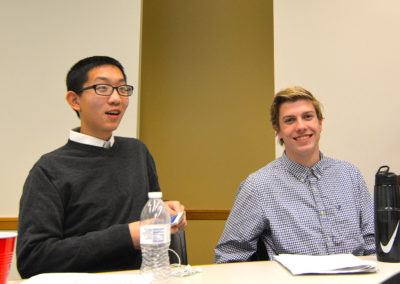 On January 16, 2017, Dr. Christiaan Morssink, Treasurer and Board Member at the Global Water Alliance (GWA) celebrated MLK Day by modeling. No, he didn’t walk down a runway in the latest Versace suit, he ran a Model UN Day program for high school and college students at the University of Pennsylvania, a day for students to learn, discuss, research, write, debate, give public speeches, and more all within a simulated and safe environment. Just as water follows the model of bed and bank, we model ourselves upon those who see the patterns in life and go beyond them to create and improve upon the world in ways that haven’t yet been thought into being. Dr. Morssink hopes the Model UN Day will help students reach beyond present thinking to solve some of the more vexing water issues the world faces today.

Also on January 16, 2017, the U.S. celebrated Martin Luther King day. Modeling himself on prior social change leaders who stirred the pot (e.g. the establishment) with their non-violent protests (think Jesus, Mahatma Gandhi) King was probably the greatest civil rights leader of recent times. His determination and vision gave millions of (African) Americans the courage to believe in themselves, their inalienable dignity, and their social equality. Dr. King’s genius lay in patterning behavior for others to follow, and he lived his life the way he wanted the African American communities to live theirs, combining pacifism and activism in order to show the world that black men and women as a group, and individually, can take their proper share as they contribute to mankind’s collective evolution.

Recently, I attended a showing of the movie, Hidden Figures, with the Jr. League of Lancaster (JLL) that featured archival footage of Dr. King’s legendary work as a backdrop to the story. The JLL is a women’s organization devoted to training and voluntarism. The JLL’s Girls in STEM Committee sponsored the movie for the STEM Sisters — a group of 6th – 12th graders who meet at the North Museum in Lancaster to talk science — and for several Girl Scout troops, and other young women interested in science, technology, engineering and math, or STEM careers, to use the shorthand. Hidden Figures told the story of three African American women who worked for NASA in the early 1960’s during the United States’ Space Race with the Russians. For long unmentioned, and practically forgotten by mainstream history, these brilliant science-minded women were the forerunners of the STEM movement, before STEM even became a movement, and of the civil rights movement as well, the latter more by happenstance than design.

The multi-layered tale wove together the themes of civil rights, patriotism fueled by the need to be the first country to reach the moon, and of the tumultuous 1960’s where anything of the old order seemed to be tested and often uprooted— to wit, the demise of segregation. Hidden Figures is a play on words, the figures referring to the “computing,” or data review that these women did in support of NASA’s rocket building program. The women in the story, Katherine Johnson, Mary Jackson (NASA’s first black female engineer), and Dorothy Vaughan were real life mathematicians who were not recognized by history for their contributions to math and engineering simply because of the color of their skin. Yet, despite the obstacles, the women stayed true to themselves and their own intellect, modeling for the world something that had not yet been in existence.

Katherine’s “computer” job meant she searched for flaws in the mathematical calculations that would put a rocket into space and a man on the moon. Katherine wasn’t just a computer, but a real-life “genius among the geniuses,” someone capable of going beyond the math to write calculations that had not yet been created. Yet, because she was black Katherine had to use a segregated bathroom, lunch room, and even coffee pot. As one of only two females working in the engineering department with a couple dozen men, the other of which was a personal assistant to the boss, Katherine faced gender discrimination as well, but the worst ignominy: she couldn’t use the bathroom nearest her work station. In Langley, Virginia, 1961, racism and segregation were the norm. Katherine was forced to use the “colored” bathroom which meant she needed to walk — or rather, run, in heels because that was part of her uniform — half a mile back to the segregated West side of campus. When her boss found out that she was away from her desk for 40 minutes, twice a day, to relieve herself at a bathroom across campus, he was livid, not because Catherine’s basic human rights were being ignored — remember, segregation was the law in Virginia — but because the work wasn’t getting done and NASA needed to beat the Russians to the moon. Our very identity as a nation was at stake. The resolution of Katherine’s issue became a boon for the black women working at Langley but you’ll have to see the movie to find out how.

Martin Luther King knew that change was slow to come, that people needed a reason to believe, and that fear was a great deterrent to progress. Dr. King also knew that drawing on universal truths, ones that all people could relate to regardless of their skin color, was a way to bring the world together. His speeches were peppered with metaphors on a variety of themes, many related to water:

One hundred years later [after the Emancipation Proclamation], the Negro lives on a lonely island of poverty in the midst of a vast ocean of material prosperity.

I have a dream that one day even the state of Mississippi, a desert state, sweltering with the heat of injustice and oppression, will be transformed into an oasis of freedom and justice.

We can never be satisfied as long as the Negro in Mississippi cannot vote and a Negro in New York believes he has nothing for which to vote. No, no, we are not satisfied, and we will not be satisfied until justice rolls down like waters and righteousness like a mighty stream.

Anaphora is defined as “the repetition of a word or phrase at the beginning of successive clauses”, such as in King’s “I Have a Dream” speech. King was an orator’s orator, a highly talented motivational speaker and community organizer. His “I Have a Dream” speech takes its place among the most well-known speeches ever given, a model for those who would aspire to use public speaking as a way to make the world a better place.

This morning, I went, as I’m sure the entire world does upon awakening, to relieve myself. I am lucky to have a toilet within which to do this. Many do not. When I pushed the handle down, nothing happened. At first I was annoyed, but then I lifted the lid off the tank to find that the pin had simply slipped off the arm that opened and closed the rubber seal holding the water in the tank. Easy fix, but I am a white woman living in one of the most resource-blessed countries in the world. I have both convenience and luxury, despite not being rich. Dr. King’s dream is that it would be so for all people of all races, colors, or household incomes, that we all are created equally in the eyes of God and the law and that we all should have access to such treasures.

The students at GWA’s Model UN Day learned from Morssink’s modeling, patterns were laid, ideas formulated, trends, perhaps a lifetime’s work, begun. This is how a movement starts. The UN, and by modeling, the GWA are doing their best to create a model that assures all people, regardless of race or color or household income have access to clean, safe water. Join us and let’s make it so.