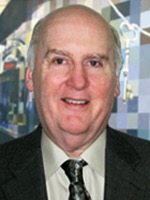 Mr. Laskowski has been a senior executive, leader, teacher, scientist, advisor, and mentor during his career in environmental protection.

University of Pennsylvania: From 2001 until 2017 Mr. Laskowski was a lecturer/advisor at the University of Pennsylvania (PENN). At PENN he developed and taught environmental management and policy courses and advised students and professors in many Departments. He supervised students at conferences and field trips in Europe and Asia. Mr. Laskowski’s areas of special interest included issues related to the attainment of the UN Sustainable Development Goals for water and sanitation, U.S. and global environmental management and policy, environmental regulation, innovative environmental management, and making PENN’s campus more sustainable. He was also instrumental in establishing the Initiative for Global Environmental Leadership at Wharton/PENN. In 2009, he received the LPS Distinguished Teaching Award for Non-Standing Faculty. He has been, and continues to be, active in support of students and various non-profit organizations.

United States Government: Mr. Laskowski was employed by the U.S. Government for over 37 years, initially for four years as a hydrologist/hydraulic engineer with US Geological Survey (USGS, Trenton, NJ office) where he authored a major statistical report on New Jersey streamflow records and conducted some of the initial flood insurance studies in New Jersey.

From 1972 until his retirement from federal service in 2004 Mr. Laskowski held a variety of positions at the U.S. Environmental Protection Agency [EPA], including management positions in water pollution permits/enforcement, Superfund remediation, wetlands, field inspections, and lab analysis. He served 22 years as a Senior Executive including 15 years as the Deputy Regional Administrator for the Middle-Atlantic States and a year in EPA Headquarters as the Director of the Pollution Prevention Division. In 1989, he was awarded the Presidential Distinguished Executive Award for his work in assisting Poland and other Eastern European countries in the post- Communist era.

Global Water Alliance: In 2006, Mr. Laskowski, with other environmental leaders, founded the Philadelphia Global Water Initiative (PGWI, renamed the Global Water Alliance or GWA), a regional network of organizations dedicated to helping to provide water and sanitation services through projects in the developing world and through education and research. He served as President of GWA from 2006 until 2013 and continues to serve as a Vice President.