Toilets, Latrines, and Everything in Between 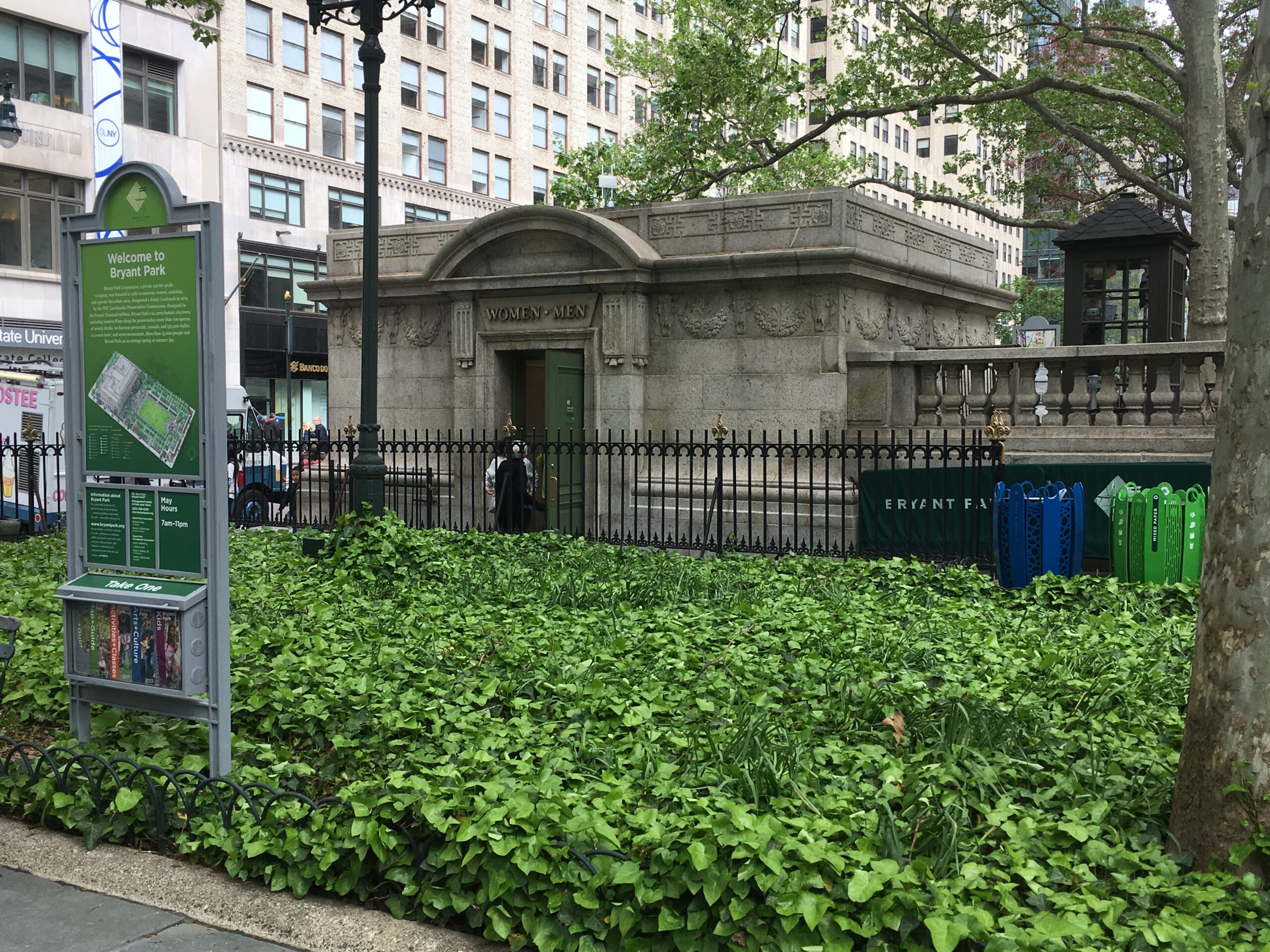 Most conversations around bodily functions can be uncomfortably embarrassing discussions, especially those concerning use of the bathroom. Everyone has a bathroom ritual they deem necessary, one that is, to them, normal as well as socially and culturally acceptable. In general, it is common practice in the United States to use a toilet and toilet paper, but in other countries this is not always the case. After spending two years in Panama while serving in the Peace Corps, I have had more than a glimpse into this sometimes controversial topic and the uncomfortable conversations that often surround it so I decided it was time for some deep reflection (!) on issues surrounding water, sanitation and hygiene, or WASH.

Often, cultural barriers and lack of information about diseases linked to open defecation play a major role in the disuse and disinterest of using a toilet or latrine (an outhouse). Funding is another issue, impacting access to materials and to the sustainability of latrine installations and maintenance. The toilets we use today have evolved over time during which the lowly toilet went from fulfilling a sanitation need to being a sign of wealth, a time to socialize, and even a topic of controversy.

Before toilets, it was common practice for people to drop their drawers behind a tree, a bush, or even in the street and get down to business. Open defecation is still practiced in some countries where toilets are not readily accessible, available, or seen as a necessity. Millenia or even decades ago, a low population density relieving itself outside or even in public areas was thought to be harmless, but as the population grew, such issues became more concerning once many more people seemed to be pooping everywhere. I can only imagine the unpleasant smell that led to the enactment of sanitation laws because — let’s be honest here and admit it – shit stinks.

So, what DID people do in the early days of WASH? Throughout the world, societies created their own way of dealing with waste. Generally, people are not interested in the history of sanitation, and as a result, not much has been written about it so it’s difficult to determine when and where the first toilet was constructed. However, around 4000 BCE, archaeologists found that the Mesopotamians (the first people of a developed civilization in western Asia) built seating areas over cesspits that had an open slot at the base where waste could drop through. The waste would then travel through clay pipes to the actual cesspits. 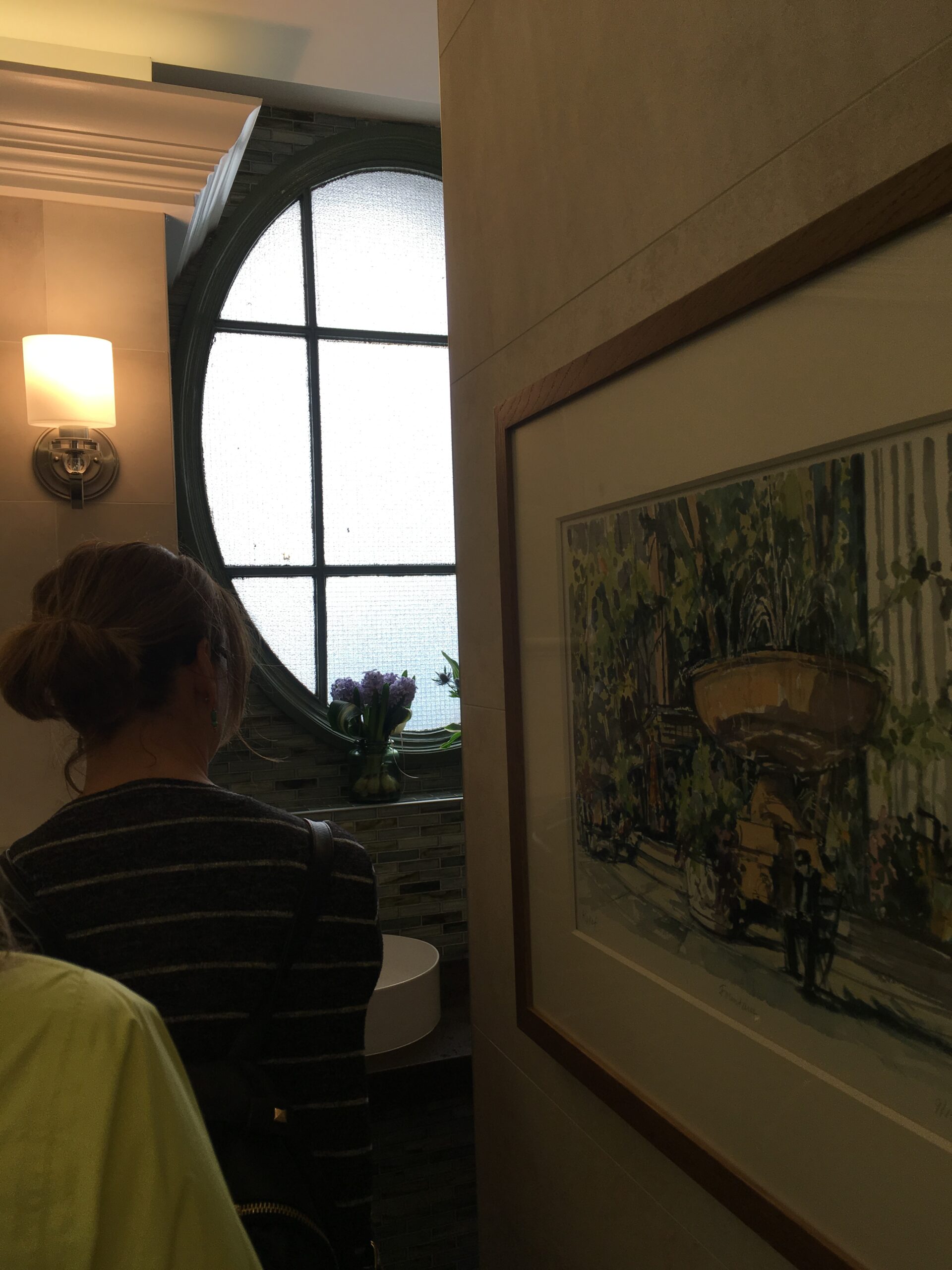 Fast forward to Roman times when public bathhouses were considered both a luxury and a socializing experience. The facilities consisted of long stone benches with holes evenly spaced for you and your friend to enjoy together. Underneath was where the real magic happened with a simple, yet revolutionary engineering system. A channel of water ran under the seats, to carry the sewage away, typically to a stream or river, very much akin to a modern piping system. Similar engineering has been found in other areas such as Scotland, the Indus Valley, and Mesopotamia. Can you imagine going to the bathroom while sitting right next to someone else and carrying on a conversation? I can’t, especially considering the shyness I feel even with walls between me and other users in public restroom. In addition, indoor restrooms were also uncovered in the Roman ruins and located near the kitchen which would be a common health hazard now. These, I can imagine, were for the wealthier classes. 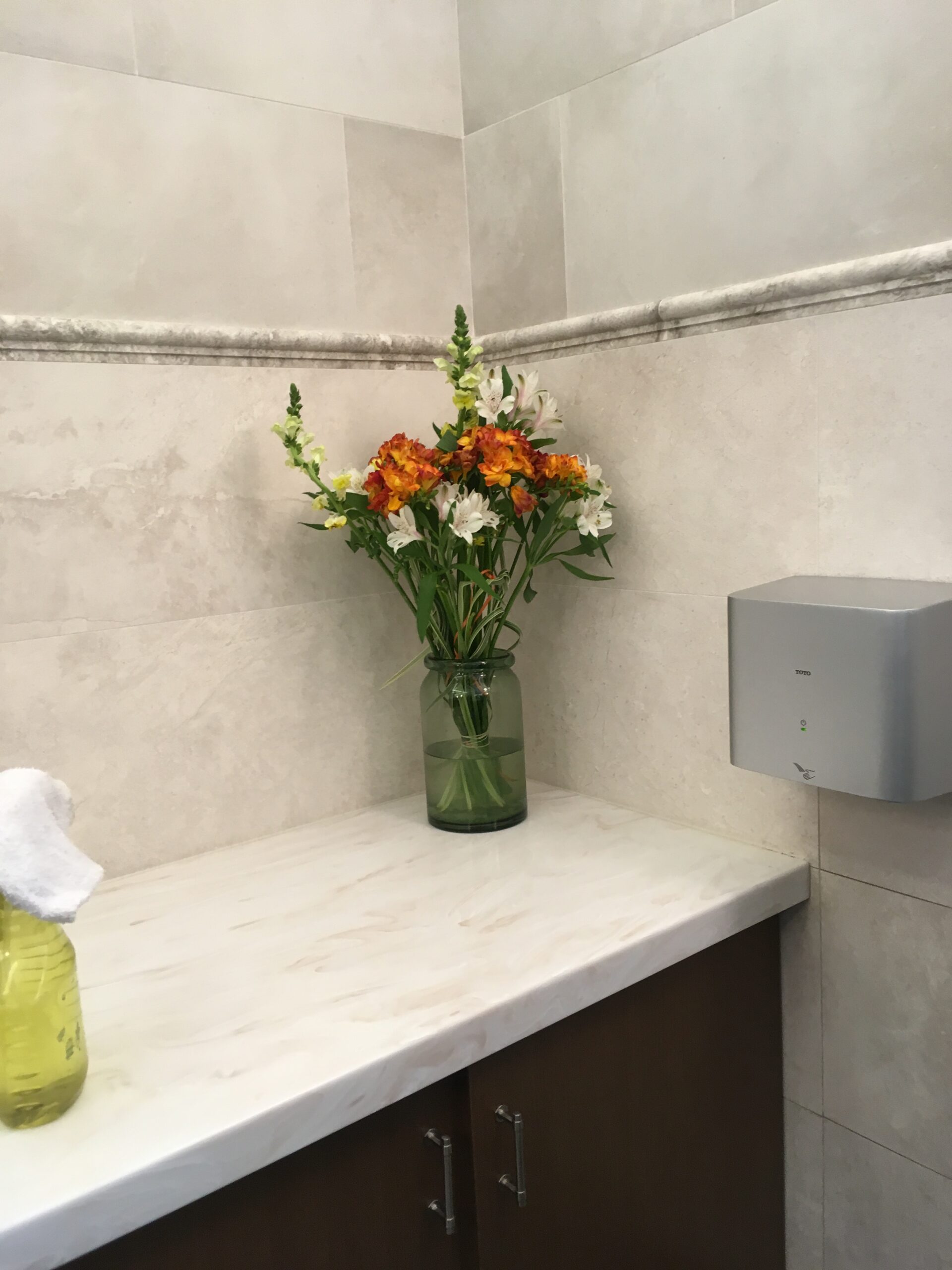 Following the decline of the Roman Empire, people began inventing other ways to relieve themselves. By the Middle Ages, people typically used “potties” whose contents were thrown outside onto the street. For the wealthier folk, “garderobes” were built which were private rooms or closets protruding over the castle’s moat with an opening at the bottom. The sewage would just slide down the castle directly into the water or a separate cesspit. Sometimes, the sewage would even stick to the sides of the castle and residents would hope that the rain would wash it away. Public garderobes also existed but were places filled with diseases and stench. Gross!

As times changed, garderobes and public toilets were replaced with “commodes”, a box with a seat and a pot to catch your waste. Also known as a chamber pot, this was the most common way of relieving yourself for hundreds of years. These were typically made of porcelain or copper and sometimes had elaborate designs. The owners would store these pots under or near their bed in case one needed to relieve themselves at night and were used in many places late into the 19th century. Wow, right?! 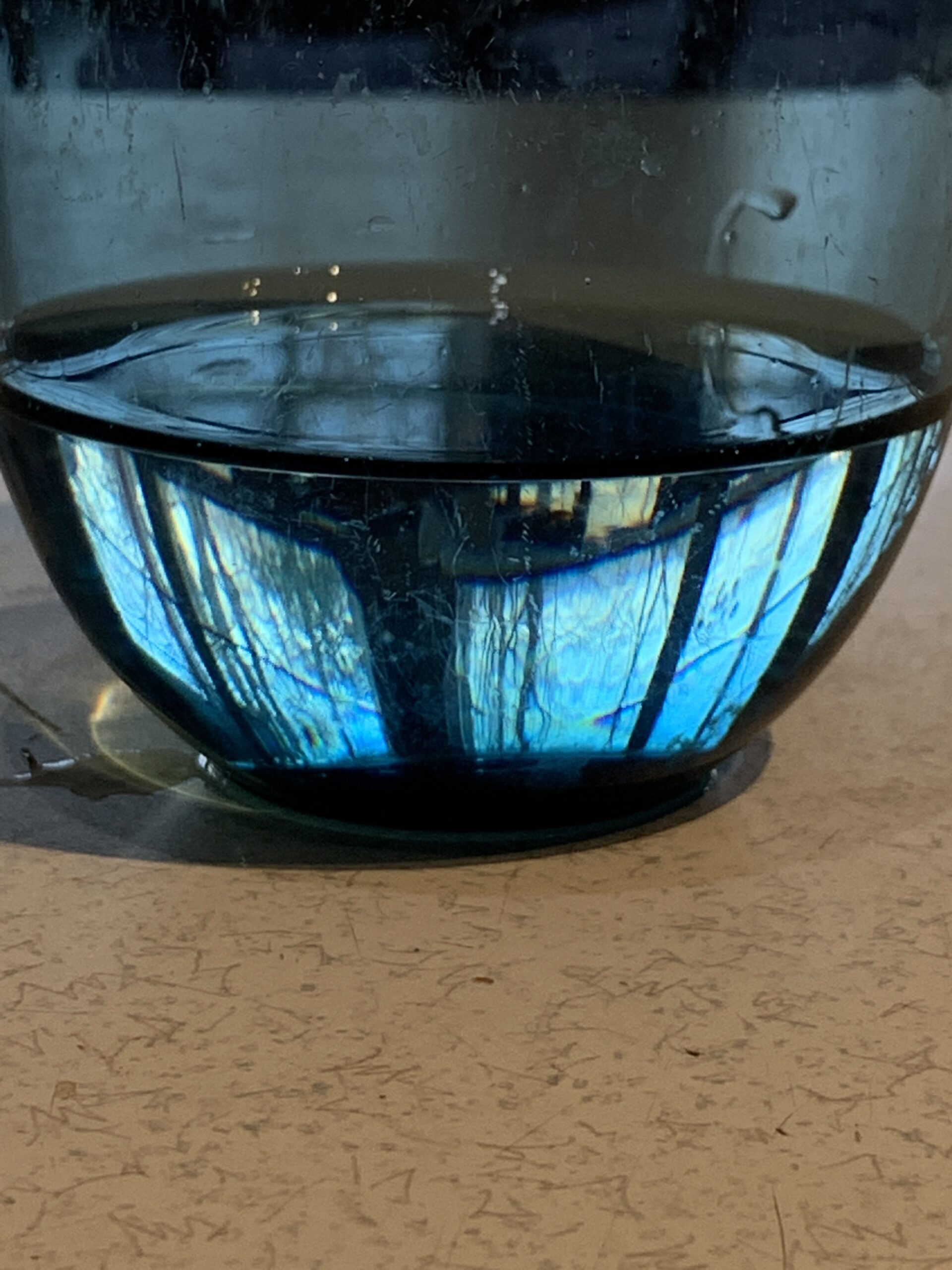 [not a chamber pot © pam lazos]

While the chamber pot or the outhouse was still a favorite, during this time, other developments began to take hold, and in 1596, the first flushing toilet was invented by Sir John Harrington, godson of Queen Elizabeth I. The design was simple. It had a pipe with running water that flushed the waste out of the raised reservoir, spiriting it away. Unfortunately, Queen Elizabeth was not interested and the invention did not gain traction for another two hundred years until 1775 when Alexander Cummings developed the iconic S-shaped pipe which reduced foul odors by trapping them inside the pipe. Still it didn’t take off until the late 19th century when a man name Thomas Crapper invented the ballcock — a tank-filling mechanism still used in toilets today — that flush toilets became successful.

With the advent of all this new technology, why didn’t people embrace the toilet as a concept? Most people feared that indoor bathrooms would bring poisonous gases into their homes and apartments, leading to illness and death. Again, while shit stinks, waste itself is not deadly, but the diseases carried within the waste can be. Yet people often do what they are used to and even in New York City, people were using outhouses in their backyards and alleys which were filled with “rats, vermin and were a major source of disease”.

Despite technological advances, chamber pots remained in vogue for folks in the early 20th century for use at night. In the mornings, people would empty their pots in their outhouses and a man would come collect the waste at night – gaining the name “night soil”. This was common practice in urban areas considering outhouses couldn’t be easily moved and were typically permanent structures. So, where did this waste end up? Some ended up on empty lots, but a majority of it was dumped into nearby waterways which traveled to distances both close and far away. 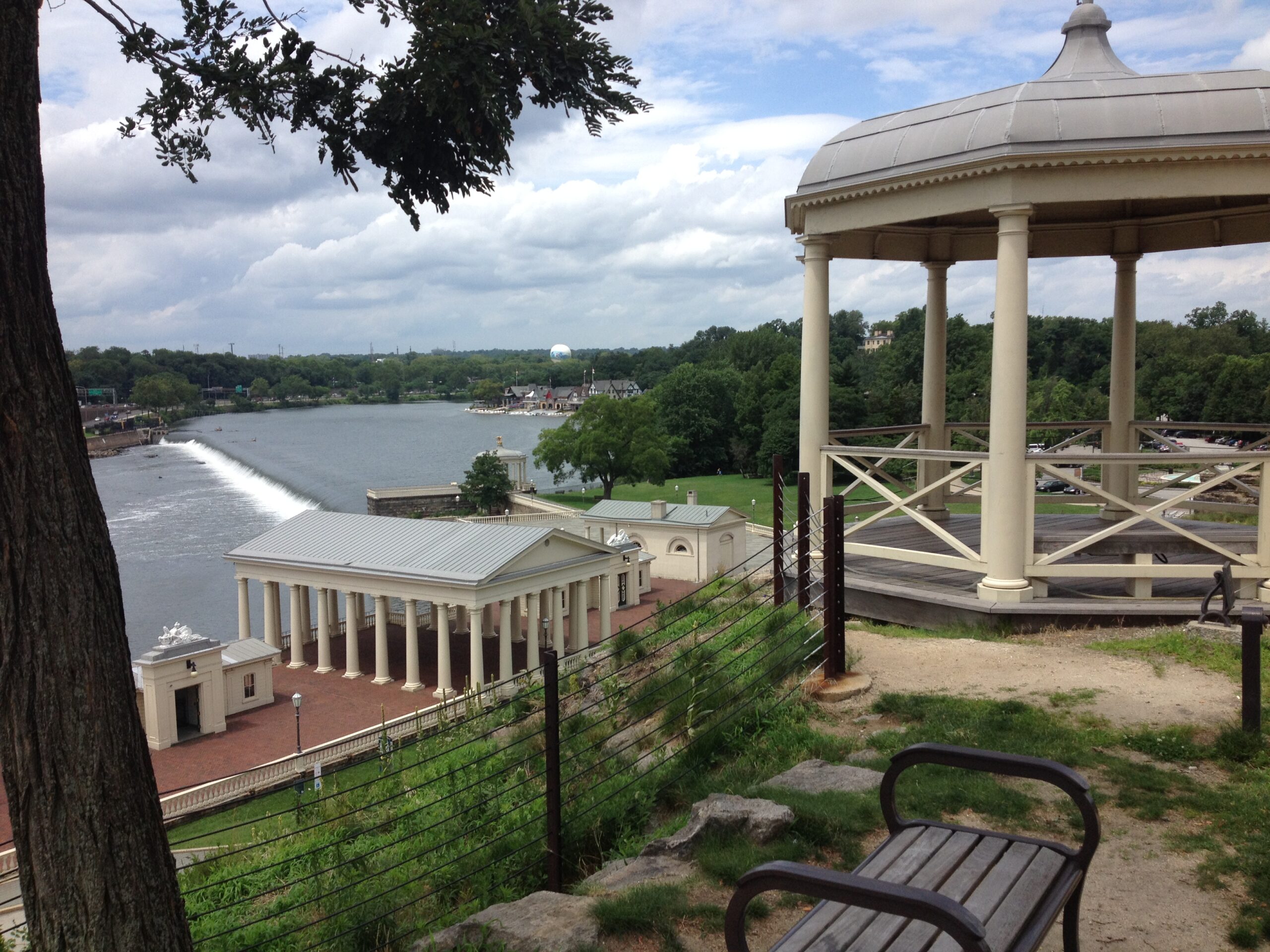 It wasn’t until the turn of the 20th century that most medical professionals agreed that sewer gases did not cause diseases and the use of outhouses and chamber pots were the actual source of the illnesses given such close contact with fecal material, but even this realization did not make it easy for cities like New York to embrace indoor toilets as building a sewage infrastructure was no easy feat for an already existing urban area. It took more than half a century and some government legislation to bring the toilet inside. The Tenement Act of 1901 states: “In every tenement house hereafter erected there shall be a separate water-closet in a separate compartment within each apartment.” Fast forward to present time when toilets and toilet paper are the norm in the USA and while no one is afraid of the smell of sewage, no one really likes it either. People realize the benefits of indoor plumbing and it’s not a stretch to say no one wants to live without them, but it was a bit of a journey to get here. There is much more to this story than my brief history has touched upon regarding the development of sanitation in other countries and in rural areas across the U.S., all which have their own compelling saga.

Just as any kind of radical social change does, it took time for people to embrace the idea of pooping indoors. Even today, there are other countries who are making their way through these same issues: misinformation; lack of funding; and simply embracing a new idea which, when done on a societal level, comes with its own challenges. I will continue this discussion of the challenges of implementation in other countries, including the main differences I have seen in Panama and the USA regarding current bathroom practices in the next installment. 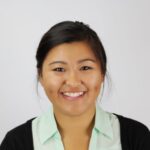 Corinna Wang is an environmental engineer and former Peace Corps volunteer. Having built her share of latrines in Panama, she understands the importance of WASH.