It’s a tenet of the modern age that if you are alive and thriving on our planet, walking around in a “meat suit” — to steal a term from the TV show, “Supernatural” — you are likely composed of a cornucopia of pharmaceuticals, some of which you ingested internally and some

which you just picked up along the way.  No one knows how many chemicals are on the market today, and thus in the environment, but of the tens of thousands, only a fraction of them have been vetted by the Society of Chemical Manufacturers of America, the Environmental Protection Agency, the Food and Drug Administration, or any of the other organizations anywhere on this planet, that is mandated with this of “jurisdiction.”  If you ask the EPA what, say, arsenic does, they may tell you its a chemical with an atomic number of 33, that it’s commonly occurring in minerals, that it’s used in industrial settings for strengthening alloys of copper and lead, and as a semi-conductor, and in the production of pesticides, insecticides and herbicides, among other things. It can also be naturally occurring in groundwater, and problematically, long-term exposure can lead to such things as diabetes, cancer, and cardiovascular disease. Fine, good, glad to have that info. Let’s definitely keep arsenic out of our drinking water.  But what about teflon?  Or aluminum?  Or dioxin?  Anyone study those much?  Know what the cancer risk is?  The fate and transport?  Whether it’s water soluble or the speed at which it travels to reach the ground water?  The nine ways to Sunday I can die from it?(for the Seven Day Adventists and our Jewish readers please substitute Saturday)

The answer is yes and no for these and a slew of other chemicals.  It’s especially true for the popular chemicals like those used in plastics.  More often than we’d be comfortable knowing, a full-blown risk assessment according to EPA

guidelines has not been done for the single chemical let alone when chemicals collide because:  a) we lack the ability; and b) we just don’t care.  Well, maybe b) is a little harsh but the bottom line for any corporation is black, not red, and testing usually costs more than the immediate payback which is why they employ

a risk assessment in the first place.  Besides, it’s nearly impossible to check for all those possible combinations, so even the most diligent corporation is sometimes going to get its ass handed to it because it didn’t see something coming.

I am not against chemicals.  They help grow crops, get rid of pests, purify water, cure disease, clean toilets, and many other things.  Ever since we standardized chemical production in this county we’ve been pumping that stuff out like sweet gas ostensibly as a way to make life better, more efficient, longer lasting, more durable, better insulated, etc., and it’s worked, yes, but with little regard for the long-term implications. I’m sure the people who climb Mt. Everest today are much warmer in their Gortex than those dudes who wore wool that didn’t insulate well when wet.  As an aside, Velcro was made by mimicking nature.  Swiss engineer, George de Mestral pulled a few burrs off his dog in 1941 and in doing so, decided to have a closer look.  He discovered small hooks on the burrs that allowed them to cling together, and voila, a product that changed lives, especially for preschoolers.  Similarly, plastic has revolutionized the food industry, as well as car, space, practically every industry imaginable. Today, we use plastic for things as diverse as car parts, sandwich bags and water bottles. Imagine going back to the tin lunch pail as opposed to a thermal lunch bag, or taking your water in a glass bottle!

So what’s a society whose total potable resource is less than 3% (1.69% is groundwater, and .76% is freshwater – the rest is salt) to do?  On the one hand we need chemicals.  On the other, they’re killing us, especially our water. It’s not just chemicals like pesticides, but also pharmaceuticals, and the stuff we dig out of the ground like radionuclides (from fracking), and our meat suits are having a heck of a time adjusting.

We are lucky here in the U.S.  We have the topography and the various climates to grow food year round and we grow a lot of it with the help of pesticides.  While there’s no question that pesticides cut weeds, bugs, heck, maybe even migraines, the chemical that’

s keeping the beetle off your kale is “enriching” your soil and water in ways you don’t think about when you sit down to dinner.  The “fate and transport” of most of these compounds is a big fat mystery.  While there may be information on one chemical component, when these same chemicals combine it’s “a whole new world” to quote Disney.

First, let’s start with a short elementary school science lesson on the water cycle.  Water does the same thing over and over: condensation, precipitation, accumulation, transpiration, and evaporation.  In this

scenario, it could take years, maybe even decades for those chemicals to reach groundwater, but they will eventually get there and when they do, other than it won’t be pretty, who knows?  Since 50% of our nation uses groundwater for drinking — and bathing, and cooking, and growing crops — we want it to be as clean as possible. The EPA sets Maximum Contaminant Levels (MCLs) for certain chemicals for drinking water, but not all chemicals have been studied, especially not in combination.

Typically, pesticides are present in streams, but less common in groundwater. They also appear in shallow groundwater found in urban and agricultural areas as well as surface water.  Usually, the deeper the well or groundwater, the fewer pesticides.  While this is hopeful, it doesn’t mean we are home free. It could just mean that it’s taking the chemicals a really long time to get where they are going which is bad news because of their persistence in the environment.  For example, DDT, a class of organochlorine pesticides was banned in the 70’s, yet still shows up, along with its byproducts, in streams and underdeveloped watersheds, a disheartening bit of evidence demonstrating that chemicals travel in water like a college student on a semester abroad, “turtle-ing” their way from stream to further stream.

Since water by its nature is fungible and ubiquitous and the very nature of it is to circle the globe, eventually none of us will be immune.  The radiation 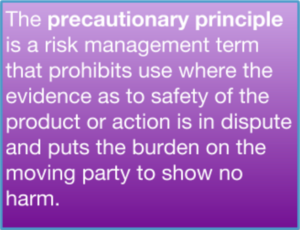 of Fukushima will make its way to the fish in the west while the industrialized fallout of the west will float east.  Air is the same, not stagnant, but flowing.  So what to do?

Buying or growing organic is a start and if you can’t do that look for products that use minimal chemicals. And tell your legislative representatives that environmental standards must be adhered to in trade deals. Rather than allow NAFTA, CAFTA, TPPA, and whatever else is coming to undercut our right to have clean air, soil, and water because of a lack of environmental controls, why don’t we make these countries rise to our environmental standards?  Then we can leave the world and its water in a more potable place than we found it.  And the next generation will thank us profusely.